by Cassondra Kame on December 18, 2020 in Education Foundation

Outgoing education secretary Betsy DeVos has encouraged her staff to “be the resistance” when the new Biden administration takes over in a new leaked recording, according to the US media.

Ms DeVos was speaking at a department-wide virtual meeting on Tuesday about the shift to the new administration. Citing a recording from the meeting, Politico quoted Ms DeVos saying: “Let me leave you with this plea: Resist.

“Be the resistance against forces that will derail you from doing what’s right for students. In everything you do, please

DETROIT – U.S. Education Secretary Betsy DeVos on Tuesday told Education Department employees to resist changes by the upcoming administration that they believe could hurt students, according to a news report.

The website Politico reported that it obtained a recording of DeVos’ remarks at a virtual meeting with Education Department employees, in which she noted that many of them will remain through the transition as President-elect Joe Biden takes office.

“Let me leave you with this plea: Resist,” DeVos said, according to the report. “Be the resistance against forces that will derail you from doing what’s right for students. In

by Cassondra Kame on December 16, 2020 in Education Center

Betsy DeVosMaking higher education great again 17-year-old diagnosed with COVID-19 after school required her to take SAT in person Trump taps Conway, Chao to government posts in waning days of administration MORE pressed staffers at the Education Department to “resist” the incoming Biden administration, according to audio of her remarks obtained by Politico.

“Let me leave you with this plea: Resist,” DeVos said at a departmentwide virtual meeting. “Be the resistance against forces that will derail you from doing what’s right for students. In everything you do, please put students first — always.” 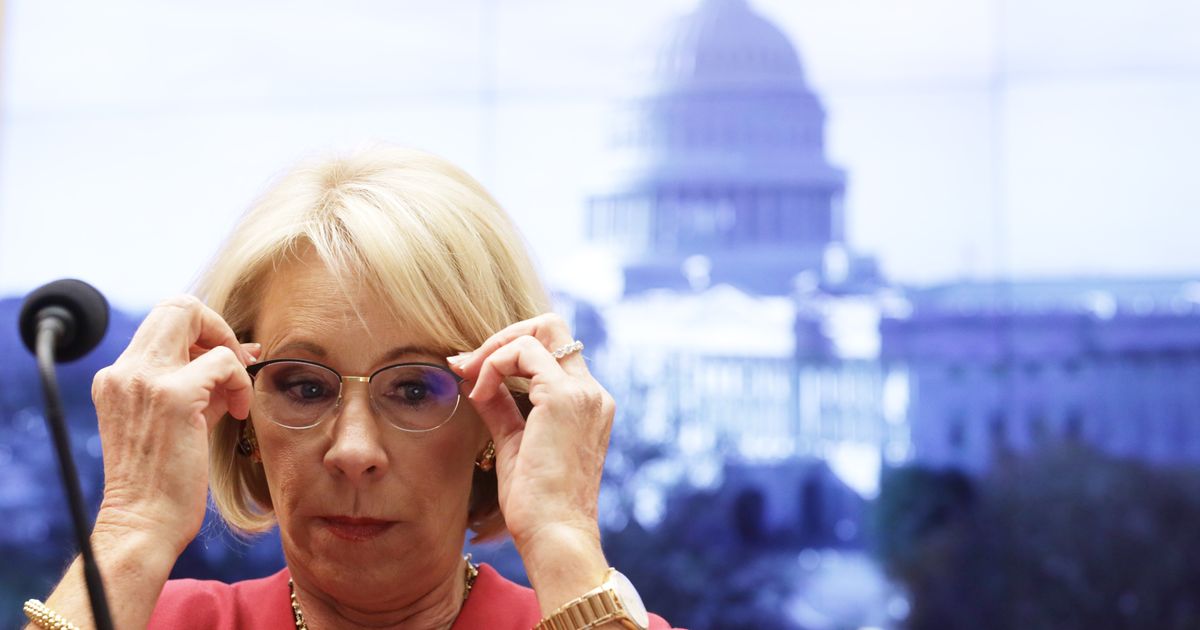 by Cassondra Kame on December 16, 2020 in Education Publishing

President Trump has been a pretty sore loser about this whole election thing and according to a report from Politico, the attitude is trickling down into his cabinet. In an all-hands virtual meeting on Tuesday, Education Secretary Betsy DeVos told career employees that they must be “the resistance” inside the department as she and other political appointees at the top step aside in the coming weeks.

“Let me leave you with this plea: Resist,” DeVos reportedly told staffers. “Be the resistance against forces that will derail you from doing what’s right for students.”