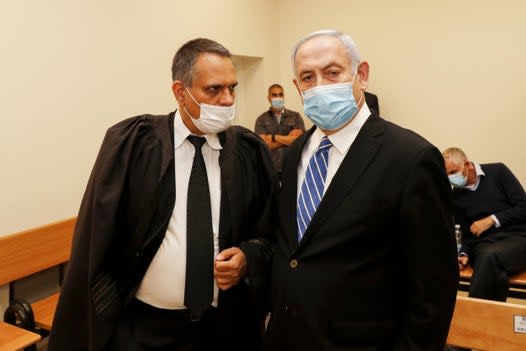 Netanyahu slams ‘false, trumped up’ charges against him during first session of landmark corruption trial

Benjamin Netanyahu lashed out at Israel’s judicial system as he appeared in court on charges of bribery, fraud and breach of trust, accusing prosecutors and the police of trying to “depose” him.

The embattled prime minister, who is the country’s first leader to stand trial while in office, had been ordered to attend the much-anticipated session at the Jerusalem District Court on Sunday.

The landmark trial has bitterly divided the country and locked Mr Netanyahu, and those who back him, in a battle with the judiciary.