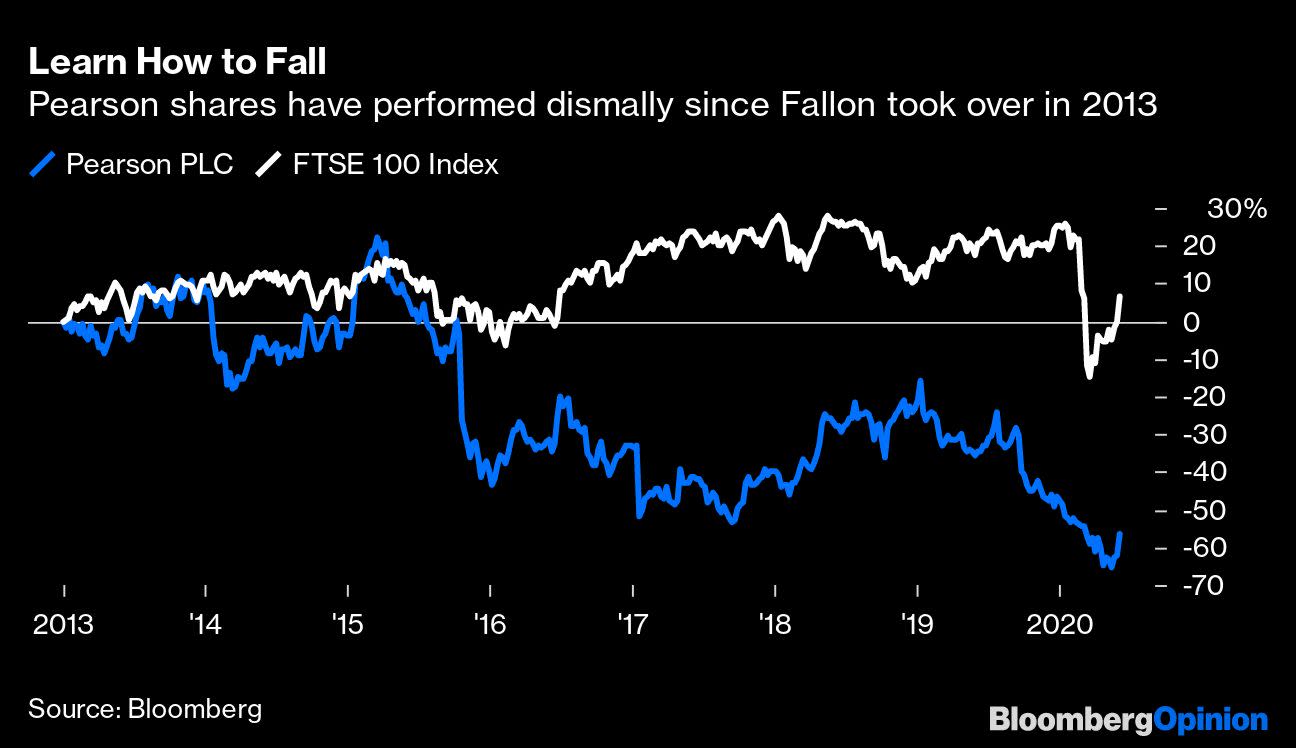 What an Activist Can Teach an Education Behemoth

(Bloomberg Opinion) — When new chief executive officers take over, they often face a stark choice: Praise their predecessors and continue in the same vein, or throw them under the bus and pursue a new tack.

Even if they’d prefer to start afresh, they usually at least make a show of adopting their forerunner’s strategy. In the case of Pearson Plc, the activist investor Cevian Capital AB might have given the successor to outgoing CEO John Fallon cover to do away with the theatrics and forge their own vision for the education company.

Cevian announced on Thursday that it has